Remember how I gave up watching television?
Well, for starters, I don’t know how I managed to watch so much before now.  The first week was tough.  I could have easily caught up with one or two episodes of Gossip Girl or Glee… but then I had missed a week and it felt too daunting to catch up.
And now, here I am.  Behind in all my favorite shows… and couldn’t be happier!
Besides school, crew, and College Prepster stuff… what have I been doing to fill the few spare minutes of my days?
Reading. 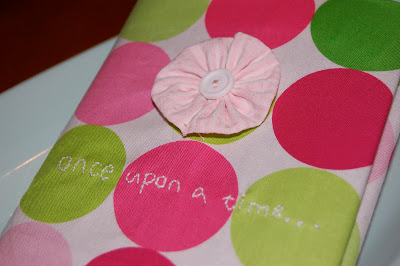 Here is a list of the books I’ve read so far this semester… To be completely fair, I am a huge nerd.  All of the books were great, but the ones in bold are ones I LOVED.
The Rest of Her Life

by Lisa Moriarty
It’s Kind of a Funny Story

by Ned Vizzini
The Perks of Being a Wallflower

by Stephen Chbosky
Getting Things Done

by David Allen
Battle Hymn of the Tiger Mother

by Amy Chua
The Quiet Room

by Laurie Schiller
The Hunger Games

(#3)
by Suzanne Collins
*****
Battle Hymn of the Tiger Mother was amazing.  I had read an article about it and was instantly intrigued. I think it received a lot of criticism, but I honestly loved every sentence.  When I was in middle school, I was on the math league team (told you I was a nerd) and there was this girl named Wendy from another school.  Wendy carpooled with us to all the tournaments.  Every weekend, Wendy would be distraught and nervous about the tests.  On edge doesn’t even begin to describe her during the trip.  If she missed TWO questions (on really long, really difficult) tests, her mom would FLIP.  Wendy would be hysterical on the way home.  Wendy’s mom was a “Chinese mother.”
One extremely insightful line (I am paraphrasing…) was how she answered the question she receives so often, “Aren’t you doing this to your daughters for yourself?”  Yes, she pushes her daughters to their breaking points on a daily (hourly?) basis… but she also sacrifices her own life to be their mother.  She sits through all the piano and violin lessons.  She does everything right next to her daughters.  But, what about the mom who lets her children play video games and watch TV all day… She would argue that that mom does it for herself.  And I would agree.
*****
I had NO idea what I was getting myself into when I downloaded The Hunger Games.  In short, the series is too good.  Unbelievable in fact.  I whipped through the books way too quickly.  I NEVER WANTED THE STORIES TO END.  I don’t want to give too much away, because part of the fun is not knowing what to expect.  But expect greatness, and buy the book.  Just sayin.
*****
I gave up television with the intention of simply giving something up.  In return, I found a new passion for reading.  And, frankly, more time to enjoy it.
Love when stuff like that works out.  You know???
xoxo 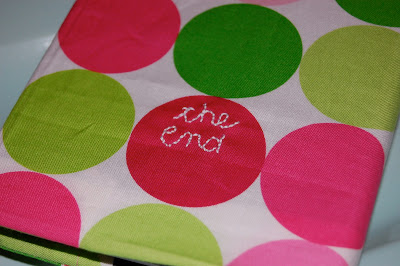 PS Has anyone read any of these books?
PPS Does anyone have any recommendations for new ones???

The Room is an amazing book… I've never read anything like it. It is told from a little boys views; almost has the same kind of writing style like The Curious Incident of the Dog in the Nighttime uses.

love the perks of being a wallflower. It was good. I don't remember what it was about but I remember relating to it. I recommend any books by Sophia Kinsella!

you should read the alchemist, ismael,the importance of being ernest, ragtime, inherit the wind. I have read all of these and yes they are kinda all over the place they are all great books in my opinion. Enjoy
Bee

You should read "Water for Elephants"…I'm not sure who the author is, but it is an amazing book. And the movie is coming out this spring, which looks equally as amazing. It stars Robert Patinson and Reese Witherspoon.

My new year's resolution was to read more and even though I always have great intentions to do so, I somehow never get around to it. Seems like I'm always distracted with the computer or TV… so maybe I just need to give up on TV too so I can get back to enjoying reading again 🙂

"Freedom" by Jonathan Frazen is without a doubt the best book I've read in quite some time. I tend to focus more on reading the classics, so reading something primarily set in the present time was refreshing, and it's just a fascinating look a modern family.

I loved the Hunger Games trilogy, can't wait for the movie adaptation! x

What a great post! I love hearing about what people are reading and I would love to start reading more, this has definitely inspired me to put the computer down and read a book instead of my GoogleReader!

I really enjoyed the Curious Incident of the Dog in the Nighttime. Incredible book. If you're looking for a chick-lit, Firefly Lane is great!

Definitely read "The Glass Castle" by Jeannette Walls. It's one of my favorites! It's touching and eye-opening at the same time. Great read. 🙂

I loved the Hunger Games series too! My grandma actually passed them to me and I loved them. When I got them the third one hadn't come out yet. Then it did and I got it right away. Now I want to go back and reread the series from beginning to end without a break in between. Such a good series and I can't wait for the movies to come out! 🙂

I LOVE Perks of Being a Wallflower. The Catcher in the Rye is similar, but has a more vintage feel.

I LOVE LOVE LOVE reading. I would rather do it than anything else. Can't wait to read some of the ones on your list. Earlier tonight I requested the first book in the Hunger Games series and I can't wait! I read so much I tried to get as many as I can from the library-I am on a tight budget but LOVE books.

The Hunger Games. I'm so obssessed. 😀

the perks of being a wallflower. so so so sad! i forgot about that book, its living on my bookshelf i should do a re-read. xoxo jcd :: cornflake dreams

The Hunger Games Trilogy was A-MAZING! I just finished reading it last night. It's a teen series but reads as adult fiction, which, in my opinion, is the BEST KIND. It doesn't talk down to its audience or try to varnish the harshness of the world our heroine lives in. I am so glad you read these books and mentioned them here! I tell everyone about them, these books are so good.

13 Reasons Why by Jay Asher is amazing. Pretty intense stuff, but hard to put down! (& it's going to be adapted for a movie!)

I'm going to second Water for Elephants…it was smart, funny, and really well-written- I think any book worm would love it!

As a side note: I read The Help a couple of weeks ago on your recommendation and LOVED IT. SO GOOD. Did you know there's a movie coming out in a months or so?

I read the Hunger Games series and loved them all! I heard they're making the first one into a movie–should be interesting!

Perks of Being A Wallflower is one of my FAVORITE books!

I would say The Host by Stephanie Meyer. Yes, yes I know it's the same author as the Twilight Series which, in itself, may make you not want to read it. But it's actually really different from Twilight. It's kind of strange at first, and REALLY long, but I couldn't put it down! Google a summary, it might be worth it to you!

I heard that The Hunger Games was amazing! I definitely need to go pick it up!

Loved the Hunger Games! Who are you rooting for to play Katniss in the movie?

I love this post! I have been searching for a good read lately, I've heard incredible things about "The Hunger Games" series! 🙂

I am going to 'third' and say you MUST read 'Water for Elephants' right now and it is AMAZING. I bought the book because I had saw so much hype on twitter and in the blogging world about it…and of course having the B&N guy tell me it was a good thing I got it because it is never in stock!

Hey Carly! I just wanted to tell you that I read your blog all the time and you give great advice. I am also obsessed with Kate Spade and J. Crew and I love your fashion sense. I've been wanting to read Battle Hymn of the Tiger Mother but I read the scathing review in the..NY Times or Huffington Post, can't remember which and decided against it. Now I think I'll bring it on spring break!

I went into my local Barnes and Noble today and saw that Kate Spade nook covers were 75% off. You should go check out your local store to see if they're having the same amazing sale!

1. One that I REALLY enjoyed was "The Art of Racing in the Rain". (It is in the perspective of a dog, which sounds weird, but I really liked the message.)
2. I saw the new Jodi Picoult today, are you excited too? : ) (my favorite one is "Second Glance")
I am a really big non-fiction fan…
3. I really liked "Better: the notes of a surgeon" by Atul Gwande
4. "Pledged" by Alexandra Robbins (also her other book, "Overachievers" is really similar to the movie Race to Nowhere… hit way too close to home for me…)
Thank you for a post like this! I love hearing other people's recommendations on books, always trying to find new things!

If you loved hunger games, you must read these other apocalypse, post-apocalypse fictions. I used to only read book with female protagnists that were basically about the wallow and struggles of being a female (i.e. wally Lamb, some John Irving, etc.)

But after reading the hunger games, i realized that although i was an attorney in her late 20's, i had teenage boy nerdy reading intrests left in me. I researched the best apocalypse books on amazon and so far have read:

"The Road" Cormac Mcarthy
"On the Beach" Nevil Shute … a classic from the 70's. Most of the N. Hemisphere has been knocked out in a nuclear war, and this book follow some people from a town in Australia. Australia knows the wind will blow down the radiation cloud to them in about 7 months, and they will all die of radiation sickness in 7 months. The stories descrives what these people do for 7 months when they know their time on earth is limited. a must read!

"The Handmaidens' Tale" — apocalypse story written by a feminist poet. About young fertile women who are assigned to reproduce and live with certain older men. If they cant get pregnant fast, they are shipped off to a certain death cleaning up radiation fall out.